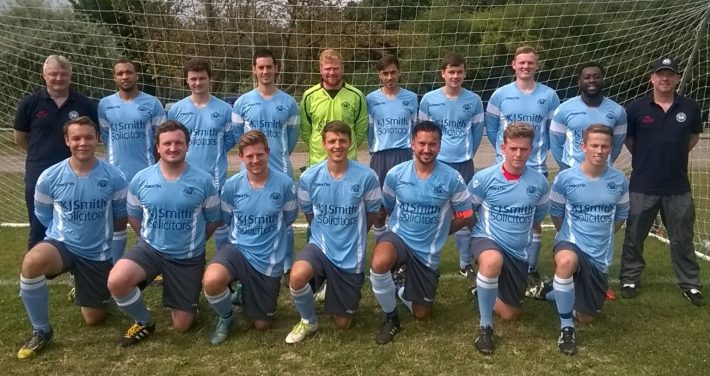 The tenth straight victory for Woodley United took place at home on 19 April at Uhlsport Hellenic League. The team played against Chalfont Wasps and won a 3-2 game in Division One East. This is a special result for the team which finished the season on first place, with Champion Penn & Tylers Green on second place with five painful points difference.

And now that the season is closed, it is a great time to rest while waiting for the training or the pre-season to open. One great way to do this is to get your favourite PC games, gem slots, or whichever games you find entertaining and have some quality time for yourself.

It’s been a rough and intense season and any passionate supporter truly deserves to take a little break like a vacation from football. Don’t worry, the pre-season will open in June, so try to make the most of it while there is still time. And don’t forget to follow our news section to keep in touch with your favourite football news in the meantime.

This victory they achieved from this last game brought United a promotion to the Hellenic Premier and the Berk & Bucks Intermediate Cup!

The game started very well, Woodley attacking every moment. At 30 seconds Josh Drew shot from the right, but his attempt was saved by Dan Little in the Chalfont goal. The power of the team followed after just 8 minutes when United scores the first goal. A brilliant goal from Charlie Oakley who shot the ball into the left corner. He managed to shoot the ball with great skill behind the Wasps’ goalkeeper, Dan.

Already the Wasps started to feel the pressure on the field. After another powerful attempt from Woodley’s midfield Jake Nicholls who missed a beautiful right corner kick from 20 metres, Chalfont had its first important attempt which ended in a goal made by Alex Cairns, only after his teammate Tom Fifield made a pass through United’s defence. The score at this point was 1-1 for United.

The Wasps had to work real hard to recover, but all their dangerous attempt were defended by Woodley. Benning shot towards the home goal, but was stopped by Alex Reed, United’s goalkeeper. Another dangerous ball from a free kick shot by Benning was stopped by Alex again. The first half ended with a great deal of uncertainty, seeing the two teams fight to win.

The second half was even better than the first one, because the teams scored goal after goal in only eleven minutes. Not to mention all the attempts that almost went behind the goalkeepers.

Benning scored for the Wasps in minute 52 a nice goal into the far corner from the right. Then, Liam Chalmers and Liam Wilson teamed up and made an impressive duo to score a goal into the top left corner in minute 56 for United. At this point Woodley was leading again, but that is not all. By the end of the second half, in minute 74, Oakley scored a beautiful winning goal which secured the victory for Woodley United.

The third goal of the team brought Oakley the beautiful award of the Top Scorer, even though he had scored the same amount of goals as Headington’s Luke Cuff. But because Oakley played less games than Cuff, the prize went to him.

The last game in the Division was a true statement of how good Woodley United actually is. Hoping for same performance or better in the 2017-2018 new season. We know Woodley United can do it.